Several luxury hotels and condominiums such as The Capella Hotel, The Residences at Mandarin Oriental, and The Four Seasons Private Residences are located in that prestige area. This makes the Chao Phraya waterfront location a treasure among investors and residents. 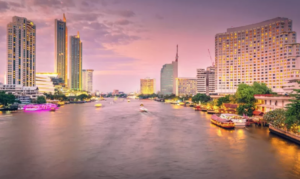 Charoen Sirivadhanabhakdi is the founder of Thai Beverage, the chairman of conglomerate TCC Group, Fraser and Neave. He also owns Thailand’s largest property developer, Asset Wold Corp. His company has a  solid plan for building the nation’s iconic tallest skyscraper.

Completing in 2025, the new unnamed landmark is situated among over 940 Million USD projects along the Chao Phraya river. However, details are limited, as the project is the Asset World’s growth strategy. “Our company is looking forward to setting new trends as well as lifting the standard of the tourism market”, said Asset World’s Chief Executive Officer who is Charoen’s daughter, Wallapa Traisorat. 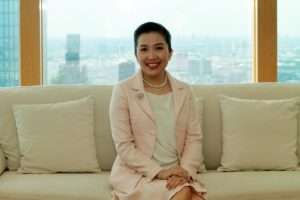 Despite the declined percentage of the tourism market, investment, and the Coronavirus outbreak, Mrs. Wallapa is not worried as the impact will be just a short term.

Bangkok is ranked among the world’s most visited cities for four consecutive years, according to Mastercard Inc ranking in 2019. She said with confidence, “There will be growing this year, as tourism has always managed to revive.”

Asset World is working with Adrian Smith + Gordon Gill Architecture, the firm behind the world’s tallest building in Dubai,  the Burj Khalifa. The upcoming skyscraper will exceed Thailand’s current record of the Magnolias Waterfront Residences at IconSiam, which stands at 318 meters.

The tower’s concept is to host major Luxury Hotels and Condominiums brands; Marriott and Hilton, shops, as well as offices while being environmentally friendly by using wind power.

Meanwhile, the organization has some other aspiring plans as well. Thailand’s biggest convention hotel by the beach in Pattaya, which is to be completed in 2025, is one of its ambitious real estate projects. “We will keep expanding,” Mrs. Wallapa confirmed.